Rampart Rider is a blog presented by a group of off road, on road and dual sport riders. We are based in the nirvana of US motorcycling .... Colorado. We hope you enjoy, comment upon and pass on our information. Motorcycling is our interest, our avocation and our passion. Be sure to click on "Older Posts" to access additional content. Watch this site for dual sport events, new products and reviews... and keep in touch... 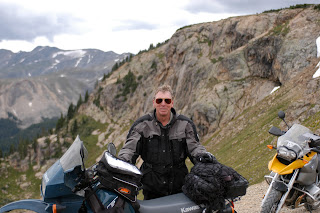 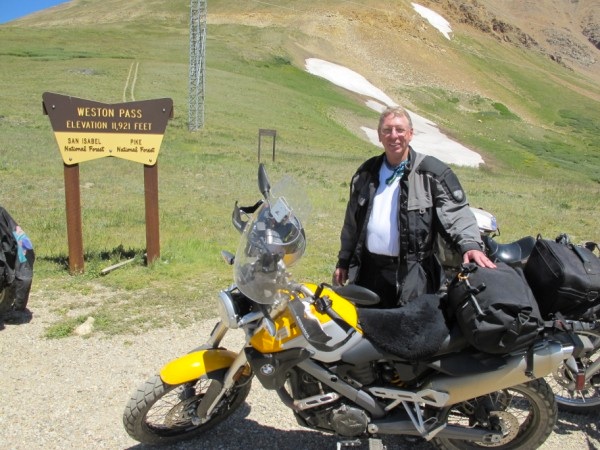 Weston Pass is an easy high country ride from Denver.  I rode my yellow and silver 2009 BMW X Country in the Big Dog 2011 Adventure Ride based at a motel in Frisco, Colorado in August of 2011.
Go to http://www.horizonsunlimited.com/bigdog/ for more information on one of the great western motorcycle adventure rides.
According to the BMW corporate website, the X Country was: “First introduced in 2007, the X Country was big part of BMW’s plans of enlarging its horizons and by this time we reckon it competes with the purpose of its initial creation.  But giving its pioneering role, the bike doesn’t have that much history as a BMW police bike, let’s say. In fact, it was just introduced in 2007 as the fuel-injected 652cc single-cylinder go anywhere, do everything kind of bike.  The muscular athlete, as it was presented, entered the Supermoto category with a black and gray paintjob, something that was about to change with the arrival of the 2009 model year.”
I traded in an aging Ducati 999 for the 2009 X Country.  The Ducati and I had become good friends on the now defunct Second Creek Race Track (now a housing development) west of the Denver International Airport.
I spent a few years learning how to ride my Ducati fast with Mike Petiford of Go 4 It Racing Services:   http://www.go4itservices.com….great experience.
Fast forward to the off road work with the X Country.  It is a very comfortable off road motorcycle, albeit not a high horsepower machine having less than exciting acceleration.          Everything is a trade off.  The X Country is not my preference in getting from point A (home) to point B (serious off road fun) if it is a long ride.  Once I arrive at point B, it is fun.  But I still own the X Country and love it.  Read further about the addition of a KTM 990 Adventure to supplement the X Country. 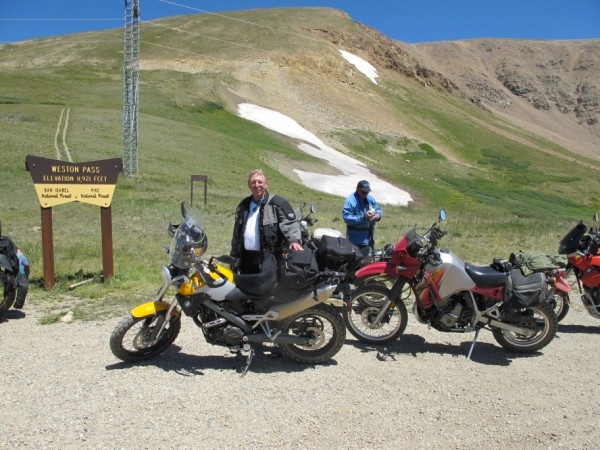 Notice that my X Country 650 cc motorcycle is similar in size to the red and silver Kawasaki KLR 650 on the right.  Having owned both the KLR and the X Country, I prefer the X Country, if price is not a consideration.  The KLR is a better deal if price is important.  The KLR has more aftermarket options available since it has been around almost forever.  The X Country had a brief appearance on the motorcycle market.
Posted by Dan Predovich at 4:12 PM 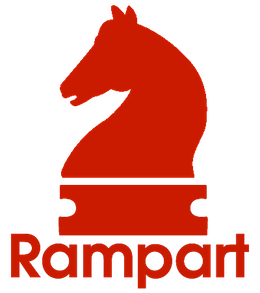 DAN PREDOVICH
I purchased my first motorcycle in the late 1960s…a small used Honda of some kind. I got out of motorcycling for a while in the late 1970s while in college and during my early work career and marriage and kids. I slid in and out of motorcycle possession for several years – Hondas, Harleys, Kawasakis. At the time I was a law enforcement officer in Larimer County Colorado and took an offer to move to a law enforcement position in the Denver metro area. READ MORE>>